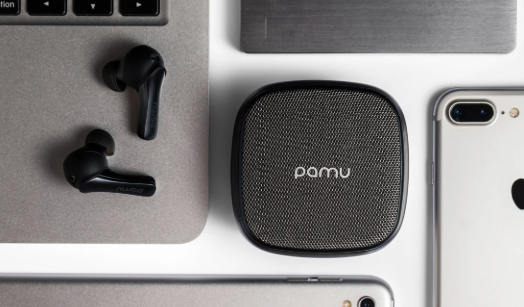 After the great success achieved with the PaMu Scrolls, which collected over 3 million Euros on Indiegogo, the Chinese Padmate returns with a new model of True Wireless earphones and is preparing to repeat. The new PaMu Slide have a renewed design, they remain stable in the ears and include a wireless charger in the case.

Remember that Padmate is a relatively new name in the consumer market, but has a twenty-year history as a manufacturer of headphones and earphones for brands such as Monster, Nokia, Huawei and Xiaomi. Let’s see how we think about the new PaMu Slide.

Inside the sales package we find earphones, charging case, a USB Type-C cable and 6 pairs of ear pads.

The design of the PaMu Slide is considerably renewed compared to the one seen in the previous model. The headset is always in-ear, but the AirPods-style bars are added in order to ensure greater adhesion to the ear and make it become almost impossible to drop the earphones, even during a run. Despite the greater dimensions of the earphones, the weight remains very low, with only 7 grams per earpiece.

The rods also allow for larger antennas to improve the reception of the audio signal, which is then processed by the Qualcomm QCC3020 processor and sent to the speakers. The processor also has a reduced power consumption, and together with Bluetooth 5.0 helps to increase the battery life of the earphones, each of which has an 85mAh battery, at 10 hours of listening.

The battery life then rises to 60 hours if we consider the additional charge present in the 2000mAh charging case, powered by a USB Type-C port and with the dual function of wireless power bank to recharge the smartphone in case of need. The case then has magnetic contacts to keep the earphones firmly attached during charging or resting.

As already seen for the PaMu Scrolls, we have an automatic here too, pairing as soon as the earphones are taken out of the case and the touch controls to manage music playback, call answering and the voice assistant (Google or Siri), but it was added the ability to change the volume directly from the earphones. Each earpiece also has a microphone for better noise cancellation.

In addition, the PaMu Slides are IPx6 certified to resist sweat and splashes of water and be used without risk during athletic activity and open air running.

Padmate’s PaMu slides are available on Indiegogo with prices starting from € 44, in black, white and petrol green colors.

For some weeks we have been using the PaMu Slide, while traveling around the city or talking on the phone, and we can congratulate Padmate for the excellent work done in improving the already good quality of the previous PaMu Scrolls.

The process of pairing with the smartphone is fast and immediate. Once the left earpiece or both earphones are removed from the case, it is already possible to search for them from the phone’s Bluetooth settings and pair them with a tap. At this point everything is ready and you can already use the PaMu Slide to listen to music or make calls.

The sound is definitely good, with a good deal of bass and no distortion in the higher frequencies, and support for Qualcomm’s AptX protocols. Of course these are very small headphones, and therefore cannot be compared with over-ear headphones, but to be in-ear, the sound quality is surprising. The call quality is also very good, both with a single headset (necessarily the left one, since the right one alone does not work) and a stereo pair. The noise cancellation with double microphone does its job very well and there is a noticeable improvement compared to the previous model.

The ergonomics are also excellent, the bars actually give greater stability, and the earphones remain firm even with rapid and decisive movements.

Very satisfactory battery life, although we never got to use them for 10 consecutive hours, but thanks to the battery integrated in the case, we never recharged for two whole weeks! Even the wireless charging function of the case is useful, and although it cannot completely recharge a smartphone. It manages to give that charge to handle some phone calls and some online apps if at the end of the day we are still out and the battery in the terminal is almost exhausted.

In general we can say that we are extremely satisfied with the work carried out by Padmate, who in less than a year has launched two models of best wireless earphones that are decidedly interesting and well designed. We do not know if these PaMu Slides will replicate the success achieved on Indiegogo by PaMu Scrolls, but looking at the current numbers they are on the right track. For the moment, we can advise on the purchase especially with the current early bird prices.

If you want updates on Padmate PaMu Slide: the real AirPods killer ?, insert your e-mail in the box below. 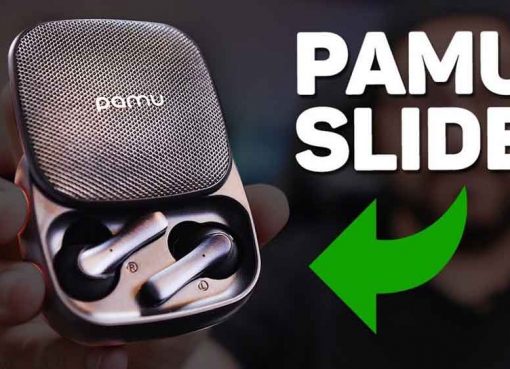